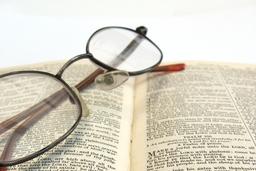 Shahla Rafizadeh
Ms. Collins did excellent presentation for my divorce first hearing, motions, and jury trial. I really appreciate her hard work and great job she has done on my divorce case.

9-11-2016  Ms. Maples. Absolutely amazing, Ms. Collins worked with us long distance and did an AWESOME job!  If we ever need an attorney again she would definitely be the one we wanted for sure.

Thresea French
Kathleen was wonderful!
Kathleen knows her stuff; she was knowledgeable, professional, timely, and is a natural (born killer) in court. She made my divorce tolerable, and proved she would prevail.

Kathleen is very detailed orientated and knows litigation law 100%. There is nothing that she will leave out in your case. Her confidentiality is of the highest standard. Her dedication to her job is priority to her. I would definitely recommend her to someone needing her experience and tenacity with out a doubt

Our office handles many cases every year. The following list are short summaries of a few of our cases:

Kurt Gonzalez
Attorney at Law
January 8, 2018
In order to have success, one must work diligently and carry a determination toward positive results. Time and again Kathleen Collins has succeeded. Being licensed over 25 years she brings a wealth of top tier knowledge and experience to the table, which is what you want when you employ an attorney to protect your rights.

July 2016: Successfully set aside a 416 Million judgment for divorce. The Judgment was entered in 2014.  The Wife sued her Husband for divorce initially in Montgomery County the couple settled in mediation and signed a mediated settlement agreement.  The husband is part of a wealthy family from the Kingdom of Bahrain. The wife then sued her husband and IACL (company partly owned by the husband's family) for divorce in Harris County, the parties had a full trial.  The trial court issued judgment against the husband for over 3 Million dollars. The Harris County Trial Court denied any judgment against IACL a foreign corporation located and doing business in the Kingdom of Bahrain.  The wife unhappy with the denial of judgment against IACL sued her husband for divorce in Galveston County and sued IACL under the theory the corporation was the "alter ego" of her husband.  The Galveston County Court entered judgment against the husband and IACL jointly and severally in the amount of $416 Million dollars. The wife waited almost 1 1/2 years, then, she filed for turnover relief and requested a Receiver be appointed to collect the 416 Million Dollar Judgment. We filed a Writ of Mandamus and a Bill of Review to set aside the 2014 judgment.

July 2015: Modification of Custody Post-Divorce. The client, a school teacher faced and defeated her executive ex husband in a one week jury trial.   The jury awarded her primary custody of her child and $135,000 in attorney fees.

2015 - Hearing to determine temporary orders in a divorce case. My client awarded sole managing conservatorship (custody) of the children and spousal support/alimony.

January 2015 Jury trial - Won - Divorce case, involved international custody and property between the United States and Iran.  Confirmation of separate property from Iranian Marriage Contract.  Alleged, proved and won judgments for assault, intentional infliction of emotional distress jury awarded actual and exemplary damages.  Client alleged: her husband assaulted her during the marriage,  he filed false allegations of child abuse during the pendency of the divorce and Protective Services, wasted community funds and committed fraud in the management of the couples rental properties.

2014 - Trial - won - Represented mother in a modification case, she sought a change in the periods of visitation between the father and their daughter.  The father moved to a new city requiring a minimum hour drive for the child each way.  Court awarded mother attorney fees in addition to her requested changes in the father's periods of possession.

2013 - Hearing on temporary orders - Won - represented father of a one year old baby girl.  The parents were not married, the court granted the father sole managing conservatorship of the baby girl.

November 2009 Custody trial between grandparents and a non-parent. Parties settled after one day of testimony. Represented non-parent/sole managing conservator.

May, 2009. Custody Trial Won. Represented the father of the children. Father filed a modification lawsuit seeking to gain primary conservatorhsip of two young children. Significant issue in the case: which parent would better support the child's relationship with the other parent. This was a lengthy trial with complex legal issues.

Trial: Won. Divorce case, the contested issues were property division, the gross value of the estate was 500,000.00.

Writ of Mandamus: Won. Modification of Divorce Decree defending against increase in child support and fighting for transfer of case. Successful Writ of Mandamus to the Court of Appeals against Court in San Antonio;

Trial: Won. Divorce case, alleged fault grounds in the break-up of the marriage. Estimated gross value of the estates, 300,000.00.

Trial: Won. Divorce case and Immigration case: Contested issues were fault grounds in the break-up of the marriage and a request for disproportionate division of the marital estates. Under the Violence Against Women Act (VAWA) passed by Congress in 1994, the spouses and children of United States citizens or lawful permanent residents (LPR) may self-petition to obtain lawful permanent residency. This case there were only general allegations of a bad marital relationship which may be enough in the Divorce Court but will not necessarily succeed in the Immigration Court where you have to prove extreme mental cruelty. Proof of domination, isolation and signs depression is what is necessary to win the petition. Every case of this nature is fact driven, this result may not be the same in another case. Estimated gross value of estates, 308,000.00.

Grandparents successful gained Sole Managing Conservatorship of their grandchild after the murder of their son.

Case settled in mediation after many hearings. Divorce case, contested issues were property division and discovery and recovery of property. The gross martial estate was approximately 2,500,000.00. This case involved tracing assets through several international banks and international companies.

Modification of custody of child. Case was settled during trial. The mother of the child had alleged the father and Stepmother were emotionally abusing the child;

Divorce case and contested property division issues including reimbursement claims, tracing separate assets of the wife resulted in successful settlement of case on day of trial.

Modification of custody of children, father (client) sought to be appointed the Sole Managing Conservator of minor children. Father won requested relief at hearing on temporary custody. The case later settled in conformity to temporary orders.

Modification of custody of child, suit filed by mother. The child lived with the father in Tennessee, mother successfully won custody involved many jurisdictional issues and criminal issues.

Trial: Won. Immigration Court. The federal government sought to remove (deport) family that had lived and worked LEGALLY in the United States for the previous 13 years. The family relied upon an erroneous order from the District office of the USCIS allowing them to travel to their country of origin for a short visit. The family through our office filed an Application for Relief from Removal, (Cancellation of Removal). This form of discretionary relief is available to qualifying lawful permanent residents and qualifying non-permanent residents. For lawful permanent residents, cancellation of removal may be granted if the individual: Has been continuously present for at least 10 years.  Only a few thousand of these cases can be granted by the immigration Court each year. We aggressively prepared our case, provided the Immigration Court two expert witnesses in trial, Court granted our requested relief and adjusted the status of all members of the family;